This day was a pretty simple one, though no less adventurous. We had breakfast at New Park and then trotted off to see Peter and Alison's grand-daughter's first communion. English Roman Catholic Churches, it turns out, are markedly similar to the American version; it was a modern building in the same sort of no-right-angles style that is typical of U.S. churches of every variety. There was also lots of singing, and tea, coffee and snacks in a multi-purpose room afterwards that exactly the same aroma as the many similar events I attend in my youth at the First Presbyterian Church of Port Kennedy.

( Collapse )
Presently I joined her, more full of whiskey and less full of lamb. May it ever be thus. 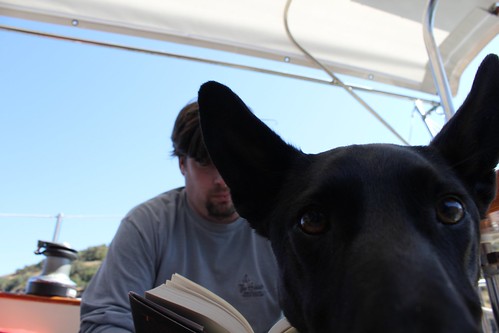 "This guy is boring. What are you up to?"