Looking over my notes today, I see how incredibly aggressive our schedule was. Hmm, I wonder which one of us was on a mission to schedule so much stuff in such detail in such a short time? Hmmm...

Our second day in Dublin was a bit of a mess, frankly. Still on a different time-zone, we got up very, very early. Earlier than nearly any place was open, in fact, so we wandered in a bit of a fog through Temple Bar until we found a place called "Cafe Wonderful" that was just opening and served a Full Irish Breakfast, again a wonderful thing. It was run by what appeared to be Asian immigrants to Ireland, but they had the whole traditional breakfast thing nailed, so it worked for me!

We continued to wander around Dublin, finding nearly everything closed off due to the royal visit. 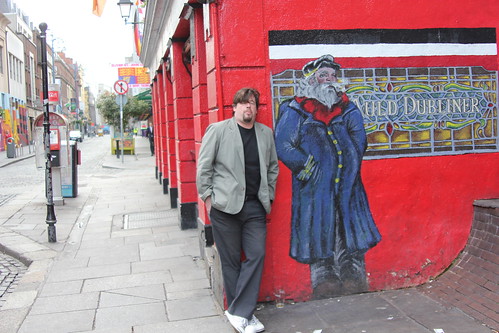 We couldn't get in to Trinity College to see the Book of Kells, which I was very interested in. We could, however, get in to Dublin Castle. Not because it was open, but because I had on a jacket and a camera, and Herself is pretty, they just assumed we were press, and let us wander around.

Everything was fine until I started taking pictures of the stands where some sort of review or procession would occur, then we got politely shoo'ed off. 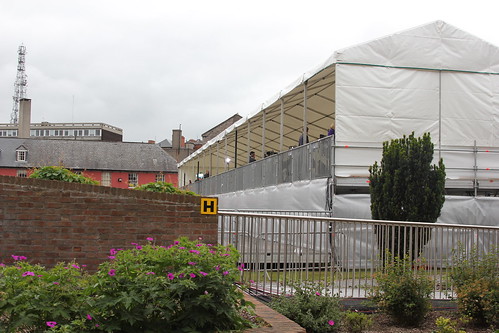 What followed was an epic exercise in frustration. We had booked a rental car for the rest of our trip in Ireland, which we were to pick up in Dublin and drop off in N. Ireland before departing for Scotland. We walked all the way across the center of the city from Barnacles to the car rental place. At every turn we were thwarted by barricaded streets, and had to walk way out of our way to accommodate the Queen's motorcade. At one point we got halfway across a street, only to have the other half blocked off in front of and behind us, stranding us on a traffic island while waited for the motorcade to go by. Most of the standers-by took it in good cheer, and made jokes, and the Garda in the area weren't surly at all, and actually fairly apologetic. A few angrier souls shook their fists and cursed the crown, which is probably not a very big surprise.

Finally the motorcade passed, and we saw both the Queen and the Duke of Edinburgh, who waved as he passed. This is him right there. 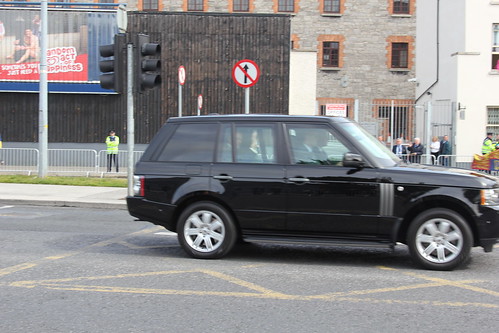 Finally we cleared the barricade, and found the car rental place had been closed and re-opened at a new location - all the way back where we came from, and a bit further past, too. Le sigh. My feet were killing me already.

It took us a while to sort out where we were going, but once we did we set out and stopped at a little cafe called "Cinnamon Cafe" for a scone and an Americano, just to rest my feet and caffeinate a little. For some reason my notes say "Cinnamon Cafe" but the picture I have is of the Copper Alley Bistro, so ...I really don't know what this is about. 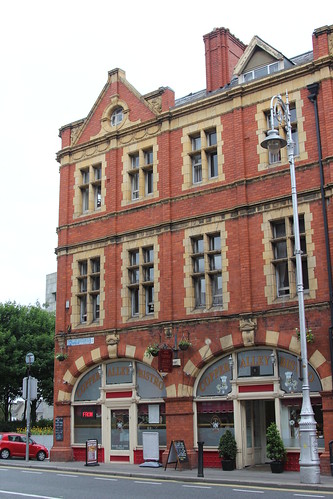 This was about 1/3 of the way back, and at the 2/3 mark we stopped at the Legal Eagles Pub, which appeared to be a lawyer-hangout, which is why we went. But it was full of Portuguese soccer fans, and the bar was tended by one of the least friendly people we met in Ireland, who made a point of mocking our American accents. I mean, not in a funny, "Howdy Y'all" but in a "Americans are stupid!" way. I didn't like that guy. And his Guinness was only about as good as you'd get here in the U.S., presumably because they didn't have the high standards of care the Heritage Pubs do. To be fair, he also cruelly mocked the Portuguese people in the bar, so clearly he was an equal-opportunity xenophobe.

With as much alacrity as possible we picked up our bags from the hostel and got out of town. Those first few miles were absolutely nerve-wracking, but by the time we got out onto the major motorways, I was fine. We followed our directions out to our next major stop, a town called Mullingar, famous for its pewter works.

I knew we'd arrived in the right place, far more welcoming than Dublin. 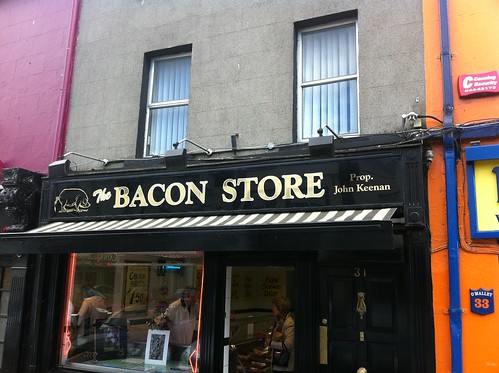 Home. I was home. Not the home of my ancestors (Northern Ireland and South West Scotland) but the home of my heart. They have a BACON STORE. The butcher cheerfully gave us directions to the guest house where we were staying, too.

We arrived at Lough Ouwel Lodge, 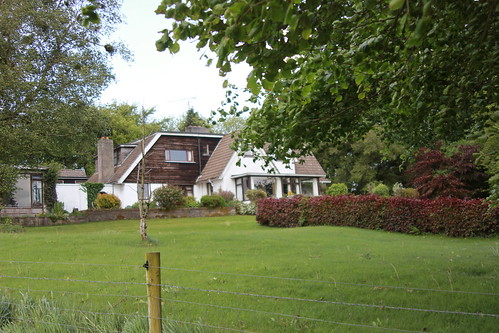 We were a bit early. We'd planned to spend more time in Dublin, but .. it was closed! So we drove back into the town of Mullingar, and stopped in for lunch at an incredible little tavern called Con's. These are the sorts of places that make Ireland so amazing - a tiny place that's been open for ages but lovingly cared for by every proprietor. It was covered in beautiful woodwork, colored glass and well-cared-for brasswork. It was a bit early but the cheerfully served us lunch, and I had stuffed pork-chops with apples that was one of the best meals I had on our trip, especially paired with a nice cider.

We stopped off at my first Tesco ever to pick up some snacks, and went back to the Lodge, which was now open. We checked in with the very friendly owner, who made us some tea. After, we walked down to the Lough itself, the legendary home of the Children of Lir, who were turned into swans for a hundred years. 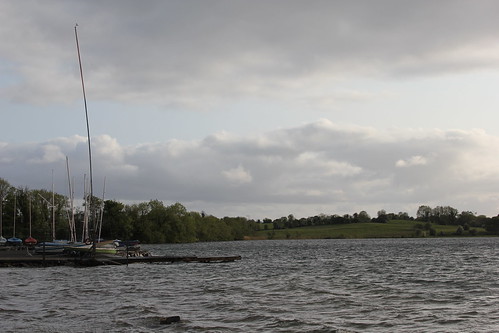 The rambling lawns behind the lodge and around the lough were full of quizzical sheep who were deeply skeptical of our presence. 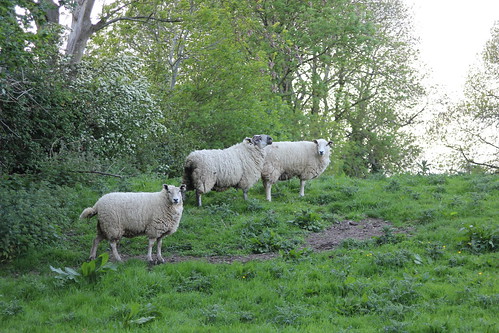 After the walk, we went back to our room at the lodge. We were actually moved into a bigger room, I'm not really sure why - each of the suites was named after one of the loughs of Westmeath, and each filled with beautiful antiques. 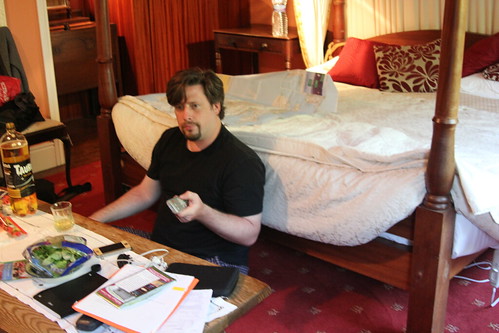 We had a giant thing of cider, a bunch of cheese, meat, crackers and veggies, and some weird cookies called "Jackos" for dessert. We were still on the tail end of ragged from all the travel, jet-lag and walking around fruitlessly in Dublin, so a relaxing evening reading and resting was just fine.
Collapse