At rehearsals, I've noticed a peculiar phenomenon. There are several people who, when annoyed, frustrated, or just wanting someone to shut the fuck up, will say, "[blank] I love you..." and then proceed with something that makes it clear that this is anything but true.

The effect is to communicate anything but a loving feeling. And what's more, it undermines any future protestations of actual affection. Maybe you just can't take the Philly out of the boy, but I always preferred it if someone just admitted I was bugging them! I haven't gotten the "I love you" of death, myself, but I've heard it used at least two or three times a night, and it's never meant kindly. How fucked up is it that "I love you" is a nastier thing to say than "You drive me crazy!" It doesn't soften the blow, it doesn't negate the criticism, it just makes the utterer sound insincere. and mealy-mouthed for not just speaking the truth.

This is one of those verbal ticks I really don't like. It's even worse than lolcats. 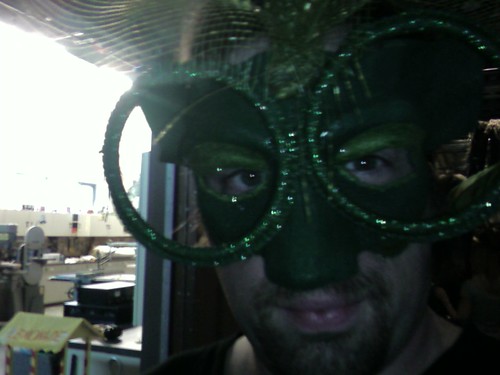 0718081910.jpg
Originally uploaded by aghrivaine
So hot, so dignified!
Collapse