I also picked up a box of Russel Stover's chocolates, just like my grandmother used to give my sisters and I every Valentine's Day. It was a lovely evening - what could be better?

The game itself is graphically amazing, with such identical gameplay to Final Fantasy that, if you had told me it was the latest episode in the franchise, I absolutely would have believed you. It's turn-based, epic in scope, with some odd-ball game mechanics to keep things interesting. It has a weid steam-punk edge to it, too, which I like quite a bit. Many of the developers are veterans of Final Fantasy, most notably the composer. You play the part of an inexplicably immortal (and taciturn) swordsman who has to investigate the cause behind a catastrophic meteor strike that occurs in the middle of the big battle that is the game's opening. The usual assortment of companions quickly sign on; the flirty but deadly femme fatale (who used to be a pirate...vrrowwrr), the quirky, humorous comic-relief. You know, it's a tried and true formula, but it's tried and true for a reason, and it's because it works.

It's hard, but that's not a bad thing - and so far I'm enjoying it very much. Better than yet another first date, to be sure! 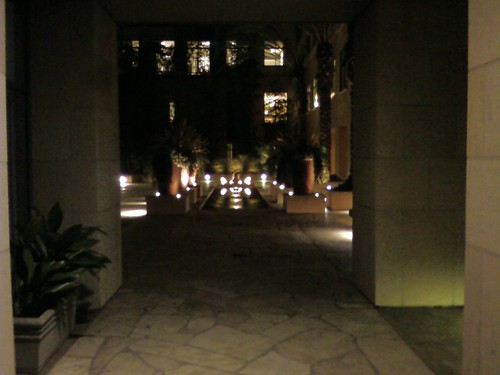