Last year, I flew out to our data center in Secaucus, NJ - which is directly across the Holland Tunnel from New York City. We arranged the security work-order for my visit a week ahead of time. Upon my arrival, I checked in to the lobby, where a guard sat. He was dealing with a person ahead of me, so I waited by the desk until he was done. He sat down, looked up, and said, "What do you WANT?", as if I had followed him into the men's room or something. I had never been to that datacenter before, so I was unsure of the exact details of how to check in, etc, etc. Rather then explain anything, or be helpful, he just denied any request I made unless I happened to make exaclty the right request. I had to call my boss to find out exactly the right words to use. When I got into the datacenter, the technicians there flat-out told me they were too busy to let me into our cage. I asked if I could be given a keycard, and they said no, they were too busy for that too. I wasted most of my first day calling around trying to get someone to do their goddamned jobs, basically. It was infuriating, and people were rude, confrontational, and unhelpful.

Today I went to our datacenter in downtown LA for the first time. Upon my arrival I was buzzed in by a guard who was a dead-ringer for a garden-gnome, but for the red hat. He had the air of a guy who used to be a first-sergeant in the Army - quick, efficient, chin-out. He was very short, stocky, and had a florid face and ginger-blonde thinning hair. I explained who I was, and he asked for my ticket number; information I did not have. Without hesitation he took my Id, looked up the ticket, and made up a visit badge for me. We asked to borrow a an equipment dolly, which he did without hesitation. He pointed out where the coffee room was, let us into the machine room, and opened the cage. We also asked if we could get some additional rack-rails put in, and he explained that technicians had to do all that stuff, but he'd go find one and relay the request. Which he did, within a few minutes, asking if there was anything else we needed help with. 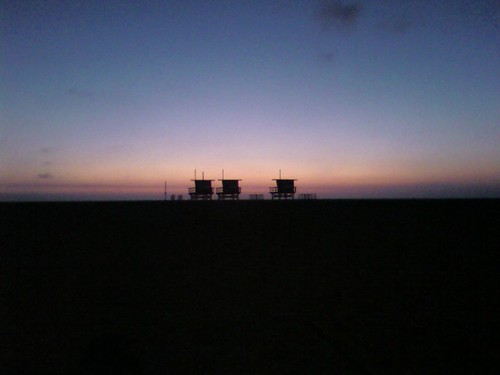 1105071729.jpg
Originally uploaded by aghrivaine
And it does this every day!
Collapse